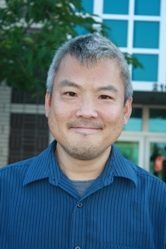 Fred Chang has lived in downtown Port Orchard since 1996.  He feels fortunate to live in walking distance of Bay Street where there are many interesting shops and great places to eat.  He especially likes walking by the library each work day on the way to the foot ferry.

Fred has worked in the entertainment and software industries, and now works for the State Department of Transportation in Seattle.

He has been a member of several local organization such as the Bremerton Ferry Advisory committee, the Port Orchard Chamber of Commerce and the Sidney Museum and Arts Association.

Fred would love to hear from you and can be reached at fchang@portorchardwa.gov or by phone at 360-876-5077.