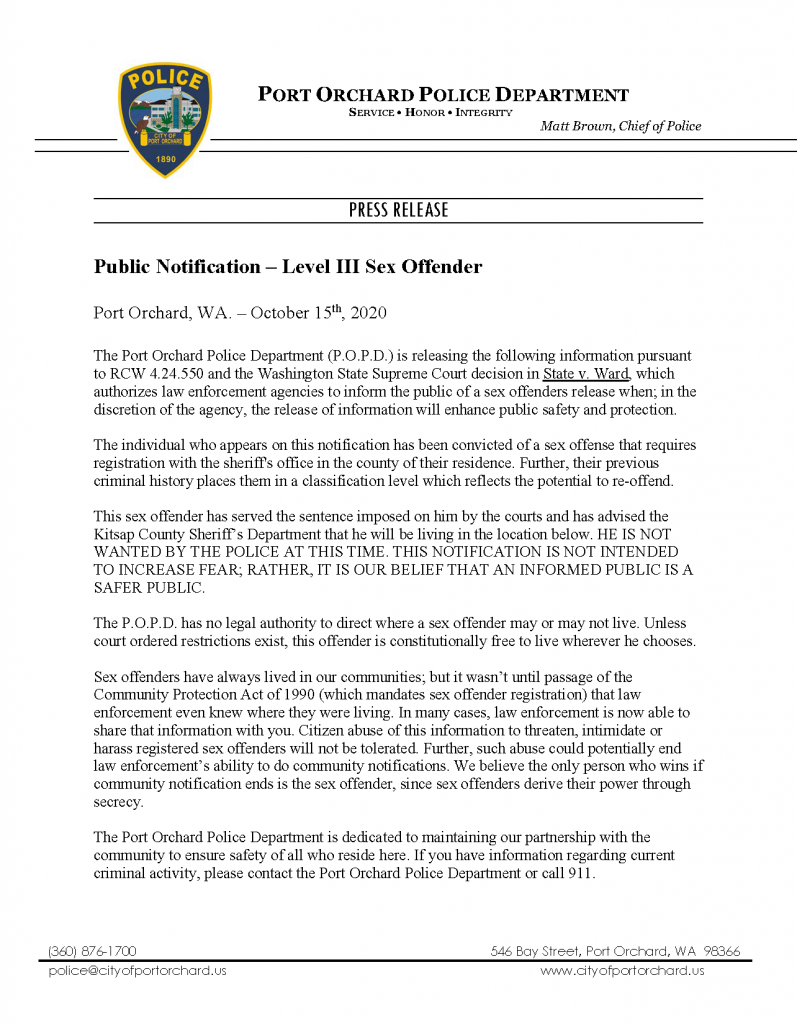 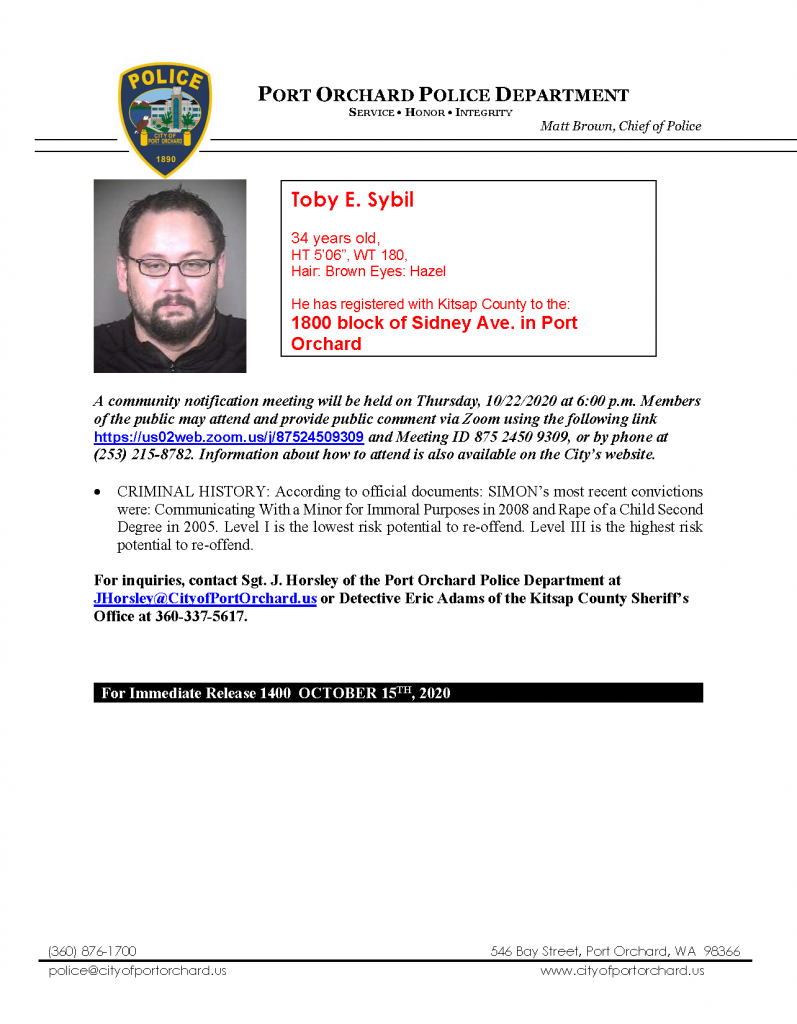 The Port Orchard Police Department (P.O.P.D.) is releasing the following information pursuant to RCW 4.24.550 and the Washington State Supreme Court decision in State v. Ward, which authorizes law enforcement agencies to inform the public of a sex offenders release when; in the discretion of the agency, the release of information will enhance public safety and protection.

The individual who appears on this notification has been convicted of a sex offense that requires registration with the sheriff’s office in the county of their residence. Further, their previous criminal history places them in a classification level which reflects the potential to re-offend.

This sex offender has served the sentence imposed on him by the courts and has advised the Kitsap County Sheriff’s Department that he will be living in the location below. HE IS NOT WANTED BY THE POLICE AT THIS TIME. THIS NOTIFICATION IS NOT INTENDED TO INCREASE FEAR; RATHER, IT IS OUR BELIEF THAT AN INFORMED PUBLIC IS A SAFER PUBLIC.

The P.O.P.D. has no legal authority to direct where a sex offender may or may not live. Unless court ordered restrictions exist, this offender is constitutionally free to live wherever he chooses.

For inquiries, contact Sgt. J. Horsley of the Port Orchard Police Department at JHorsley@portorchardwa.gov or Detective Eric Adams of the Kitsap County Sheriff’s Office at 360-337-5617.